← more from
ATO
Get fresh music recommendations delivered to your inbox every Friday.
We've updated our Terms of Use. You can review the changes here. 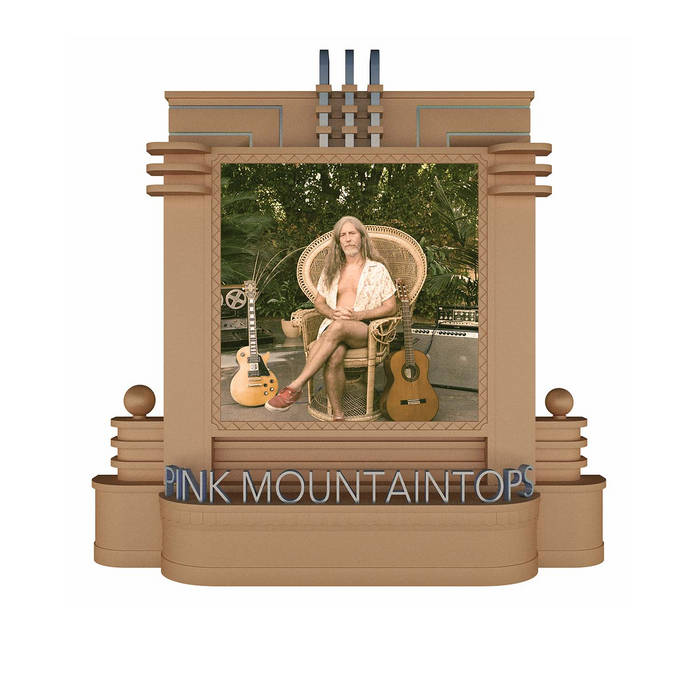 Since their 2004 self-titled debut, Pink Mountaintops have supplied an outlet for the more arcane fascinations of Black Mountain frontman Stephen McBean. On Peacock Pools—Pink Mountaintops’ first new music in eight years—the British Columbia-born singer/songwriter/multi-instrumentalist shares 12 songs sparked from his magpie-like curiosity for a wild expanse of cultural artifacts: the sci-fi body horror of David Cronenberg, Disney Read-Along Records from the 1970s, early Pink Floyd and mid-career Gary Numan, John Carpenter movies, Ornette Coleman live videos, a 1991 essay on the cult of bodybuilding by postmodern feminist Camille Paglia. Featuring counterculture icons like Steven McDonald of Redd Kross and Dale Crover of Melvins, Peacock Pools alchemizes those obsessions into a body of work with its own enchanting power, the sonic equivalent of falling down a thousand rabbit holes at once and landing somewhere gloriously strange.

In keeping with the freewheeling abandon of Peacock Pools, McBean chose to open the album on a cover: Pink Mountaintops’ fantastically punchy and piano-laced twist on Black Flag’s pent-up classic “Nervous Breakdown.” “Steven McDonald used to always play a disco version of that bassline to annoy [Black Flag co-founder] Keith Morris when they were sound-checking for OFF!, and it ended up fitting perfectly with the demo I’d made,” McBean reveals, referring to McDonald and Morris’s hardcore supergroup. From there, Pink Mountaintops pay homage to another musical idol on the harmony-heavy and sweetly hedonistic “Nikki Go Sudden,” serenading the late Swell Maps and Jacobites singer/guitarist with a gorgeous convergence of twisted nursery rhyme and elegantly debauched mythmaking (e.g., “Hush baby-baby, now don’t you cry/Mama’s gonna buy you some collision time”). “I wrote that song just after Nikki Sudden died, a tribute to a fallen-rogue unsung hero who existed in his own weird outsider world,” says McBean.

Later on Peacock Pools, Pink Mountaintops drift further into rock-and-roll fantasia with the epically anthemic “Lights of The City.” “I wrote that one from the imagined perspective of a female ’70s band—like a female Foreigner, or a female April Wine,” says McBean. “It’s meant to be a fists-in-the-air celebratory rocker.” One of the tracks cut live with McDonald and Crover, “Lights of The City” delivers the kind of arena-rock bombast that feels near-biblical in magnitude, with McBean offering up some poetic instruction for earthly transcendence: “Awaken the wild from your dreams/Yes, you’ve got the power deep in your soul.”

Although an unhinged exuberance makes for the dominant mood on Peacock Pools, a number of tracks explore the psychic pain of grief and loss. An ethereal piece of psychedelia, “You Still Around?” gently conjures what McBean sums up as “a yearning for some friends who aren’t here anymore,” achieving an otherworldly quality thanks to its Alice Coltrane-inspired arrangement of chimes and bells. One of the album’s most unexpectedly poignant moments, “All This Death Is Killing Me” takes on a breakneck momentum in its thrash-punk-fueled reminiscence of a long-departed friend. “It’s coming up on 10 years since one of my best friends passed away; we were in a punk band together as kids and I wrote this song a while back when I was missing him,” says McBean. “I had it lying around forever and thought it made perfect sense to record with Steven and Dale, since the two of us used to listen Redd Kross and Melvins all the time. I really wanted it to be a celebration, instead of just a sad remembrance of friends gone.” And on “The Walk - Song For Amy,” Peacock Pools closes out with a majestically sprawling piece McBean describes as “subliminally influenced by another fallen rock-and-roll comrade,” its heavenly melancholy sharply intensified by Myers-Ionita’s swooning violin. “A roving spirit that seemed so magical and alive and, at the same time, so tortured—that radiant charisma that sadly often comes with a lot of self-doubt and depression,” says McBean of the song’s subject. “We recorded a few takes of that and ended up using the first one,” he continues. “It’s so funny how you can spend so much time alone in your room, fiddling with the songs and trying to get everything perfect, and then you play with other people and it all just kicks in right away.”

The follow-up to Pink Mountaintops’ 2014 album Get Back, Peacock Pools likely owes some of its mesmerizing effect to the oddly charmed surroundings that spawned its songs. To that end, the album’s title references the vast population of wild peacocks that inhabit Arcadia, the Northeast L.A. County city McBean now calls home. “Sometimes there’ll be a whole bunch of peacocks out in my backyard, which is just one of the weird little things about living in Arcadia,” he says. “The opening scene to Fantasy Island was filmed at the arboretum near my house, Hunter S. Thompson rented a little roadside motel room and wrote Fear and Loathing in Las Vegas right around here, one of the Richard Ramirez murders happened in town. And of course, Michael Anthony from Van Halen went to high school here—it’s just an endlessly mysterious place to be.” Noting that his frequent walks through the woods near his home have proved vital to his creativity over the past few years, McBean adds that a certain intimacy and sense of place tend to distinguish his work with Pink Mountaintops from that of Black Mountain. “There’s usually a lyrical angle that sends the songs over to the Pink Mountaintops cabin as opposed to the Black Mountain mansion,” he says. “These songs tend to be more twisted but also more personal—if Black Mountain is about epic things like outer space, then Pink Mountaintops is more about the leaves crunching under my feet.”

Looking back on the album-making process, McBean points out that Peacock Pools offered a much-needed escape from the claustrophobia of pandemic life. “This record really was a surprise, and so much fun to put together,” he says. “The fact that I could work from a distance with all these creative people who were also feeling obscured by clouds in this new world—I didn’t realize how much that connection keeps me balanced.” And with the release of Peacock Pools, McBean hopes to provide the audience with a similar sensation of expansiveness. “The thing I always have in my mind is that romantic idea of putting on a Walkman on a long bus ride and listening to something like Meat Is Murder in its entirety, then flipping it back and playing it all over again,” he says. “If I can take people on some sort of journey with a record, that’s always the main goal.”

Bandcamp Daily  your guide to the world of Bandcamp

Alex Rita and Errol from Touching Bass feature in our special London edition of the Bandcamp Weekly.